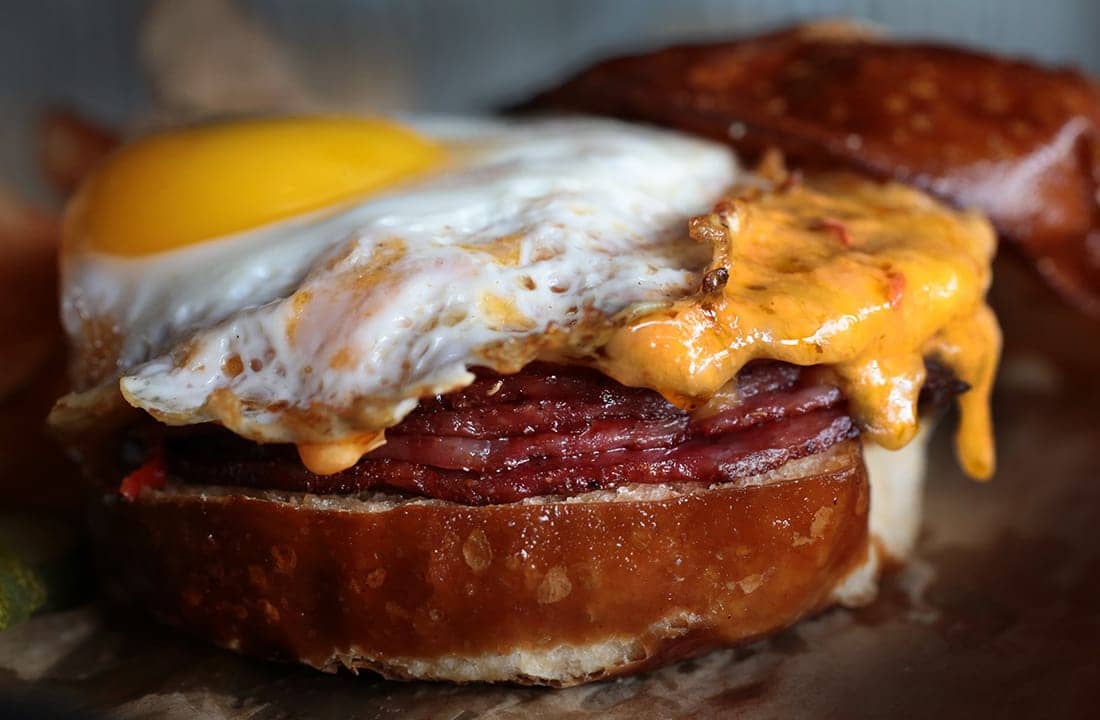 Rick Lewis has expanded the Southern concept somewhat since he opened the restaurant two years ago. You can now order fried fish as well as chicken, and the extended evening schedule includes a brief “supper” menu (chicken-fried steak, smoked meatloaf). But the main draw at Southern is still the fried chicken, which is crisp and juicy and just plain delicious, whether you go for the varying levels of Nashville-style hot chicken or the plain (though not entirely without chile heat) original version. Don’t overlook Southern’s sandwiches, especially the messy stack of fried bologna, pimento cheese and a sunny-side-up egg.