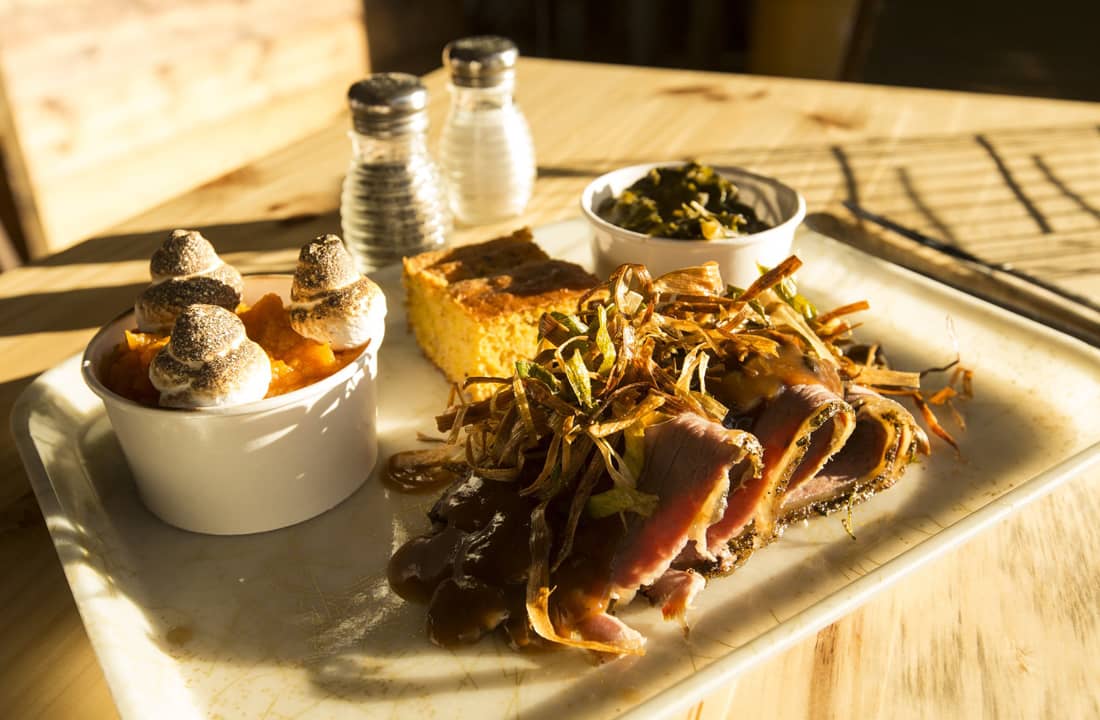 If you’ve followed chef Rick Lewis’ career, the out-of-the-gate success of his first solo restaurant isn’t a surprise. Grace Meat + Three showcases the creative, skillful comfort fare that made Lewis a rising star at Quincy Street Bistro, and its menu includes the spicy fried chicken that has made Southern, his partnership with the Pappy’s Smokehouse team, a smash hit. Even so, Grace is a revelation. Lewis has further honed his already-formidable skills. He has developed a greater appreciation for time (roast beef brined with herbs and garlic for 24 hours and slow-roasted at 135 degrees) and nuance (a subtle, herb-forward dry rub for meaty pork ribs). He’s given us the restaurant we knew he had in him.