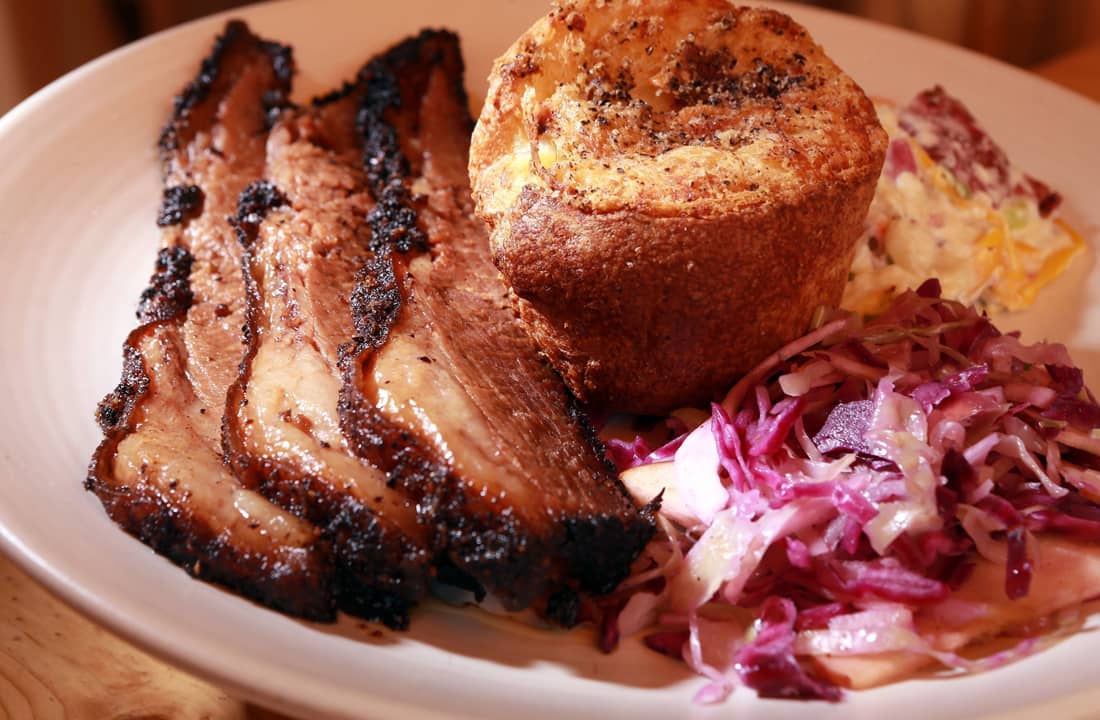 When Salt + Smoke opened its new St. Louis Hills location in October, some 40 customers were already in line. “I’ve never had that experience,” owner Tom Schmidt told the Post-Dispatch at the time. “It’s a little overwhelming.” The neighborhood’s excitement might have surprised Schmidt, but it wasn’t unwarranted. Schmidt and chef, pitmaster and now co-owner Haley Riley have built Salt + Smoke into one of the cornerstones of the St. Louis barbecue boom thanks to its incredible beef brisket, excellent other meats and sides (especially the beans and mac and cheese), and such fun creations as the jalapeño-cheddar bologna and the burnt-end toasted ravioli.