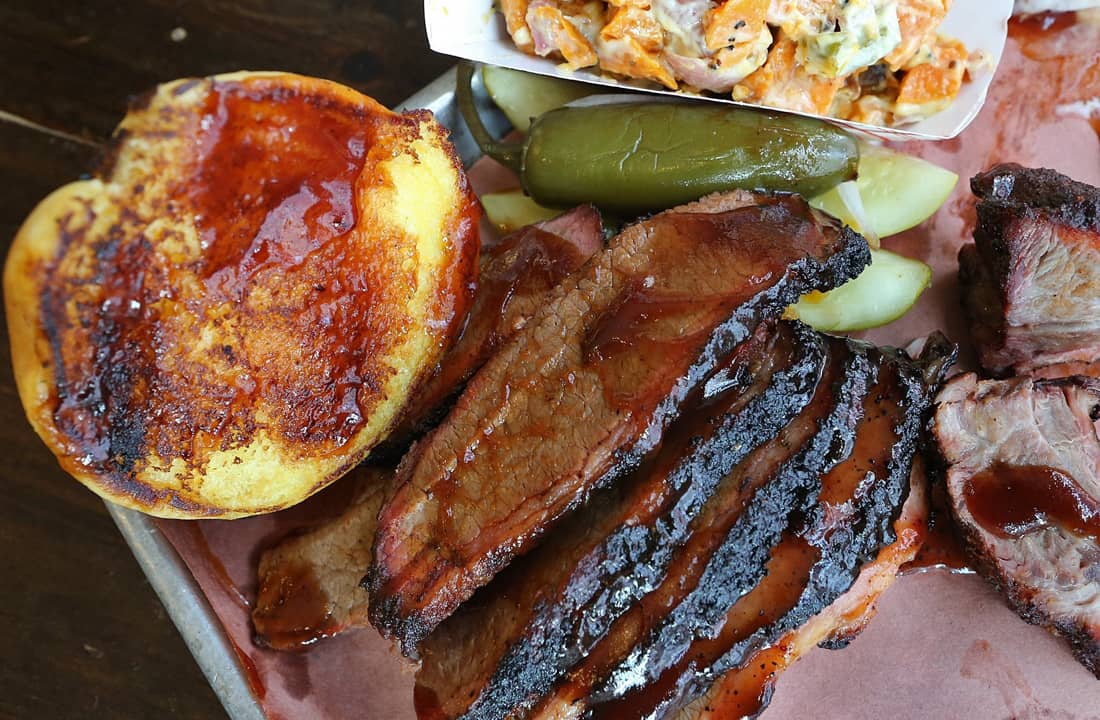 Which will stop expanding first: the universe or Sugarfire Smoke House? My money’s on the universe. Sugarfire opened a location in Farmington, Mo., in January, its seventh overall, and plans to expand to O’Fallon, Ill., Cape Girardeau, Mo., Denver and Indianapolis. There’s also Sugarfire Pie and 2017 spinoff Hi-Pointe Drive-In, and the Sugarfire team is installing a sort of best-of restaurant at the Boathouse in Forest Park. I can’t speak for every existing location, but after inconsistent experiences at other Sugar Fires, I recommend the Olivette original above the rest. There the brisket is still tender and smoky enough to demand a place on this list.

Hours: Lunch and dinner (or until sold out) daily