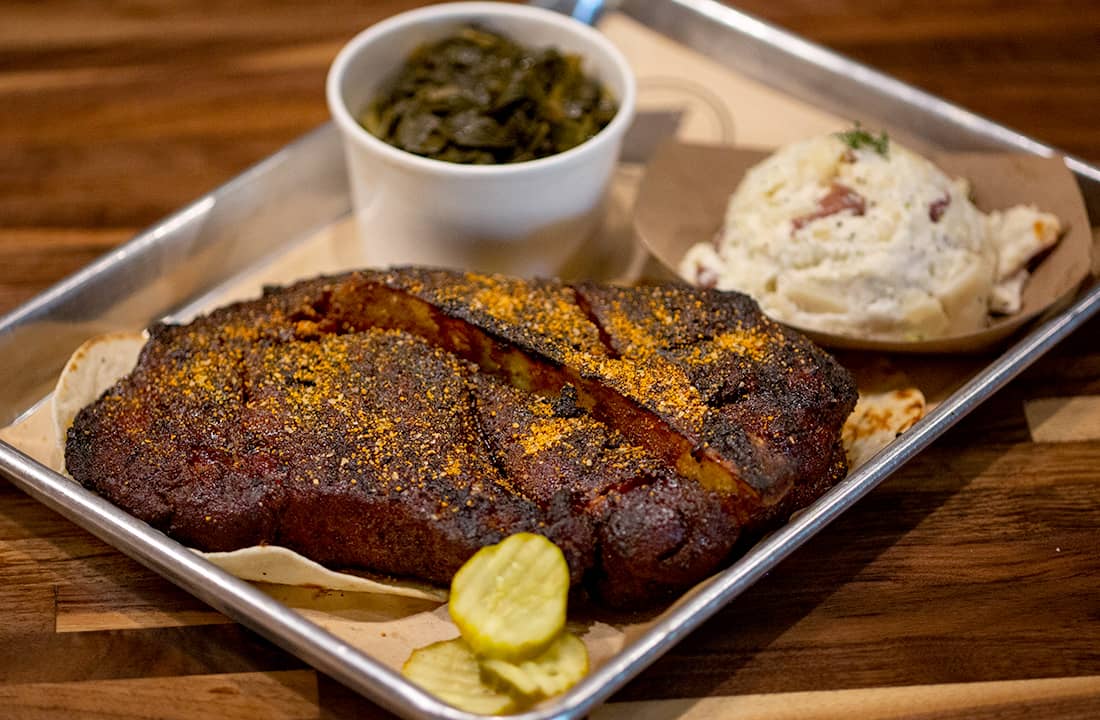 A relentless pursuit of perfection led David Sandusky to the summit of St. Louis barbecue. And that was before he and his wife, Meggan, opened Beast Butcher & Block last year in Forest Park Southeast's Grove, expanding their reach from the original Beast Craft BBQ Co. in Belleville. The new location offers the meats and sides that have made the original a sensation: the otherworldly brisket from Snake River Farms domestic wagyu and the merely incredible Double R Ranch brisket; basted pork belly and that whopper of a pork steak; fresh-cut fries, flour tortillas and Brussels sprouts larded with pork belly. At Beast Butcher & Block, though, Sandusky is pushing past the conventional notion of what a barbecue restaurant can or should be. The Skullery, a live-fire kitchen, hosts a terrific Sunday brunch (look for the smoked ham, among other meats) as well as ambitious tasting menus and collaborative dinners.