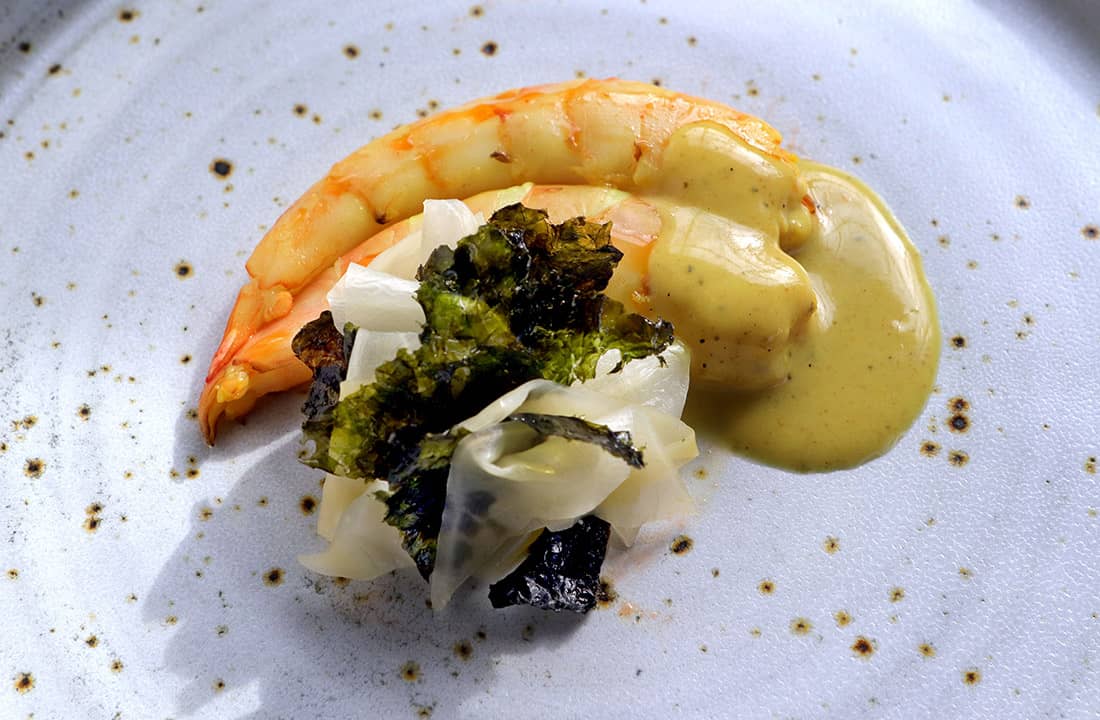 Once again, change has come to Ben Poremba's Elaia. When I visited for last year's STL 100, Aaron Martinez was newly installed as executive chef, succeeding Ben Grupe, who in turn had done exceptional work at Poremba's flagship for the previous two years. Now Poremba himself is back leading the flagship of his restaurant group. He is a thoughtful, nimble chef, as likely to draw from the cuisines of North Africa and Israel as from western European tradition. My dinner was luxurious (his own label of American sturgeon caviar, served with potato chips; salmon in uni butter), but also vegetable-forward (grilled candy roaster squash with black-garlic lacquer) or uniquely Poremba (scallops and other seafood barely cooked in goat's milk kefir with pistachio, pomegranate and Aleppo pepper). If my endorsement isn't quite so full-throated as it has been in years past, it is because after three years of chef changes, I am uncertain exactly what to expect next.