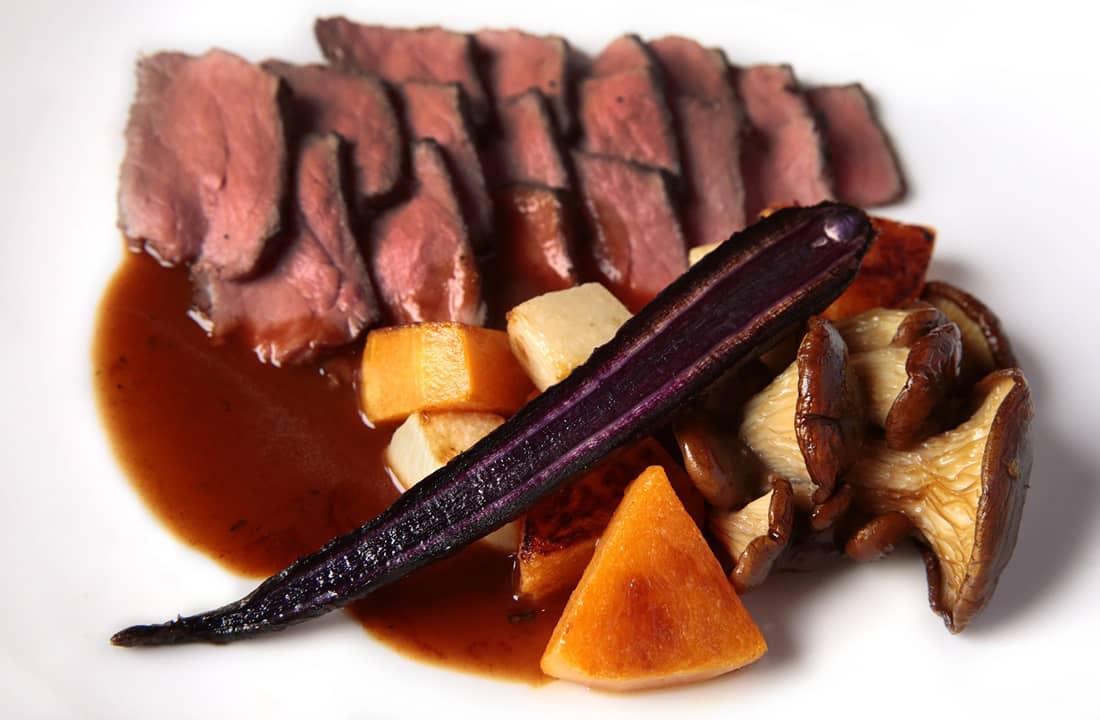 After the STL 100 was published, Anthony Devoti announced that he will close Five Bistro on March 24 and then reopen the space on April 5 as a more casual Italian restaurant, J. Devoti's Trattoria.By now, I know what to expect from Anthony Devoti’s Five Bistro: a tight menu of smart but not overwrought dishes highlighting excellent, mostly local ingredients. Combine that with the prix-fixe option — four generously portioned courses for $50 — and Five Bistro is not merely one of St. Louis’ best restaurants but one of its best deals. But even within these expectations, Five can stun me. My most recent dinner coincided with a seafood bounty from the Northwest, including plump, sweet prawns simply seared and served with an aioli and housemade kimchi. The main course that evening was the best (non-barbecue) beef dish I ate this STL 100 cycle, a steak cooked sous-vide, pan-roasted to order and sliced nearly as thinly as carpaccio. The beef’s essential flavor and velvet texture practically melted into the accompanying polenta thick with Baetje Farms goat cheese.