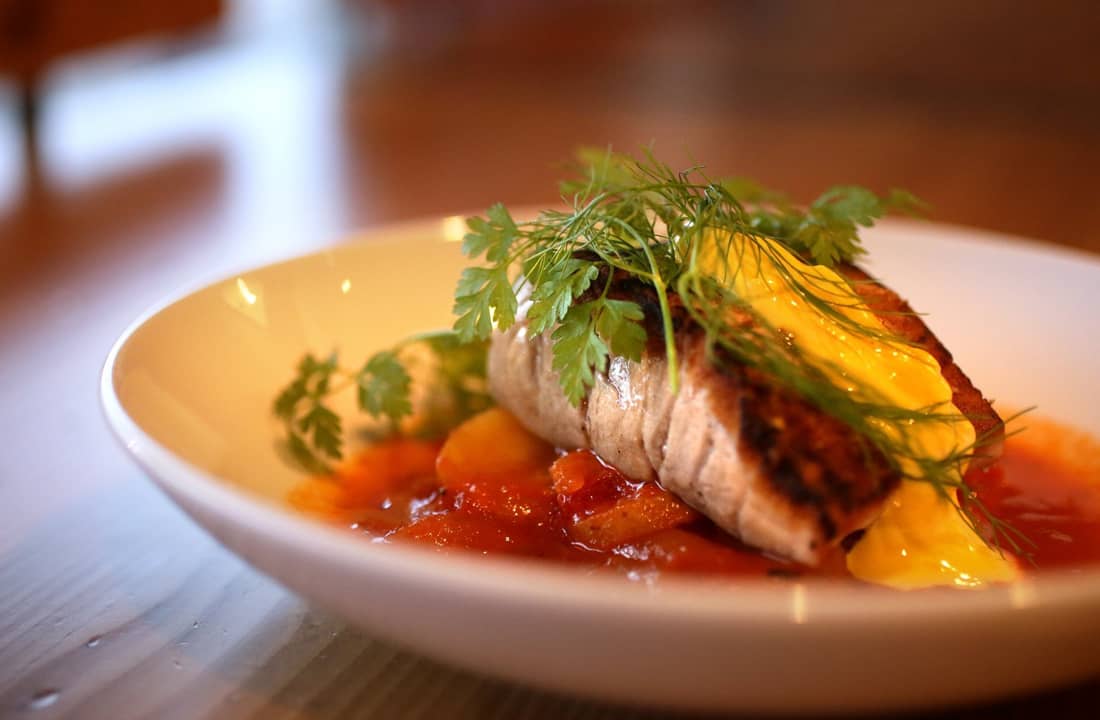  One downside to the continued evolution of Matthew Daughaday’s Reeds American Table, which catapulted itself into the STL 100’s Top 25 last year and has risen even higher this year? More than two years after my initial review, I haven’t been able to return to the slam-dunk classics that remain on the menu today: the burger, the cornbread fried in bacon fat, the focaccia topped with braised beef cheek, oven-dried tomato and foie-gras cream. On a recent visit, I opted instead for pickled cauliflower garnished with golden raisins, curried cashews and harissa and a panko-crusted pork shoulder, crisp crust yielding to tender meat, over black-eyed peas and collard greens in a hot-sauce aioli. Founding beverage director Andrey Ivanov, who gave Reeds one of St. Louis’ most intriguing, exciting wine lists, left the restaurant (and St. Louis) in 2017, but he’d already found a more-than-worthy successor, certified sommelier Alisha Blackwell-Calvert.