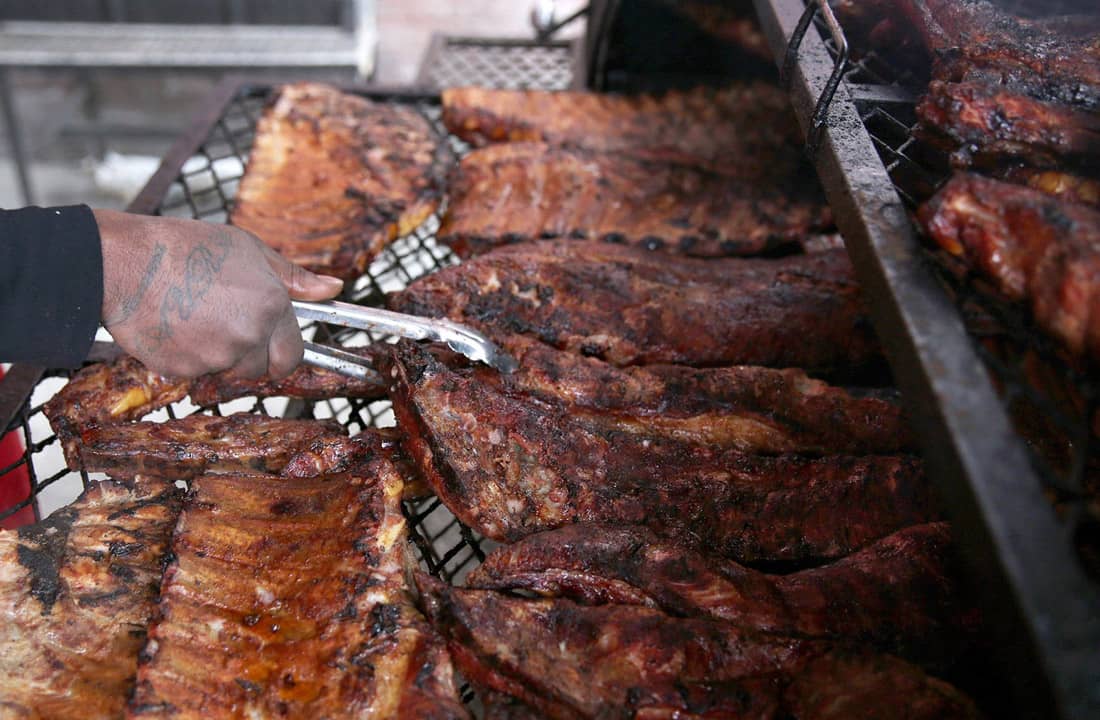 I talk a lot about the St. Louis barbecue boom, a real phenomenon that has transformed the area’s restaurant scene over the past decade. But St. Louis barbecue didn’t begin when Pappy’s Smokehouse opened in 2008. Smoki O’s opened only in 1997, but Otis and Earline Walker trace the barbecue served at their modest Near North Riverfront restaurant back to Otis’ mother, Minnie Muriel Hall Walker (who in turn learned to cook meat from her uncle). The result is barbecue as delicious as it is overlooked, especially the snoots, the rib tips and the fiery (and fire-engine red) hot link.